You are probably aware of the potential destruction caused by bridge scour. Up to 60 percent of bridge failures in the United States from 1950 to 1989 were caused by scour. Bridge scour occurs when the stream bed material around bridge piers is eroded. This can leave the pier unsupported by the stream bed, causing it to collapse.

Recent news has shown bridges of all sizes all around the world collapsing or in danger of collapsing due to scour. Such failures can have a huge negative impact on the economy and also pose a danger to the lives of those who use the bridge regularly. The Federal Highway Administration (FWHA) advised that it is far less expensive to take measures to prevent scour than to replace a bridge that fails due to scour.

Part of the scour mitigation process is evaluating countermeasures that can be taken to prevent such failures. These include onsite surveys and inspections, physical modeling such as that done at the FWHA Hydraulics Laboratory at the Turner-Fairbank Highway Research Center in McLean, Virginia, and computer modeling using tools such as the Surface-water Modeling System (SMS) from Aquaveo. 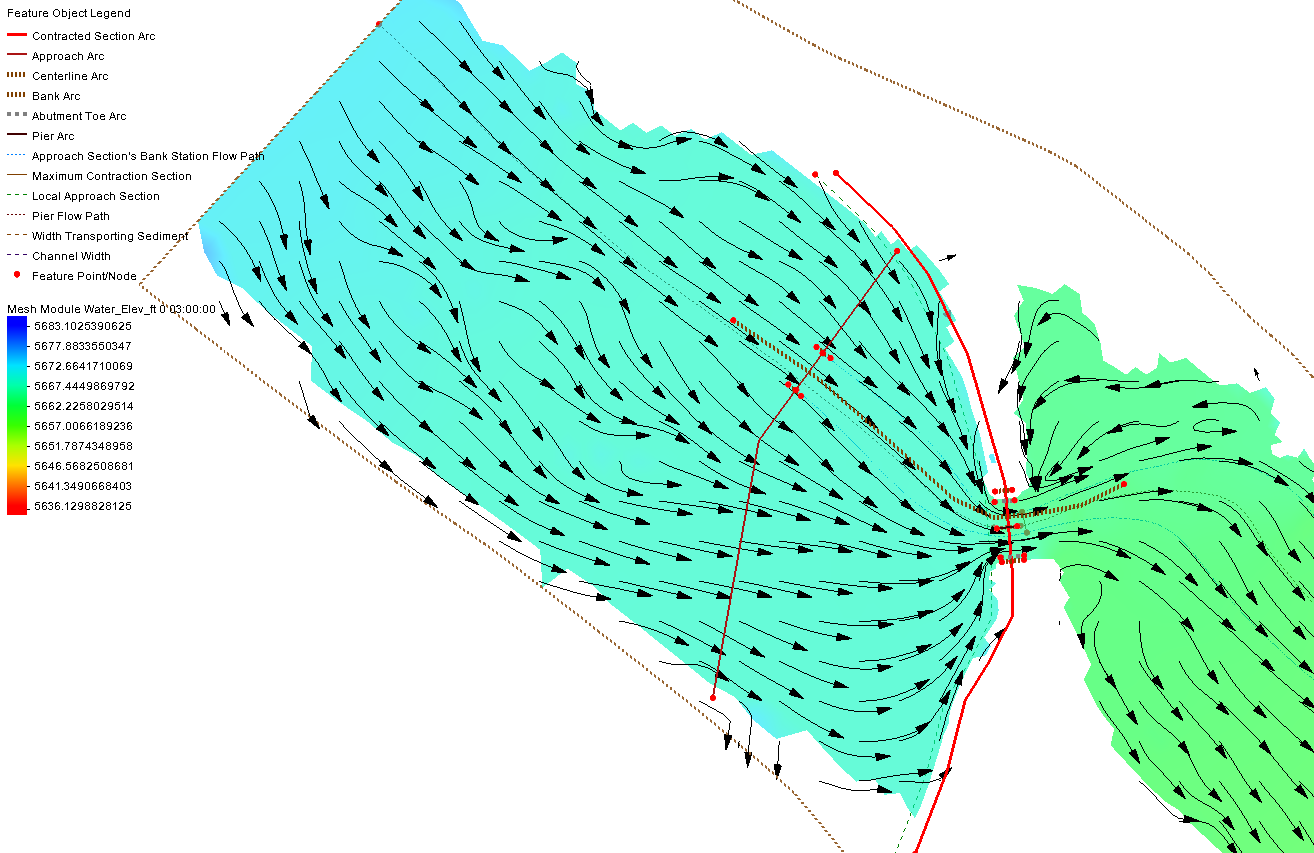 SMS 13.0 adds powerful new post-processing Bridge Scour tools that can be used to quickly test the scour effect of different pier arrangements, pile sizes and shapes, and vessel impact protection structures such as dolphins and fender rings. The Bridge Scour feature in SMS 13.0 can be used with the FWHA Hydraulic Toolbox to take advantage of its various bridge scour calculators and mapping tools.

One of the most exciting features of Bridge Scour is how it saves time. When creating the contracted section, approach, centerline, bank, abutment toe, and pier arcs, SMS 13.0 automatically assigns the arc type if they are created in order. This translates into saved time and cost, allowing you to be more productive.

Check out the Bridge Scour tool in the SMS 13.0 beta.