If you have been using MODFLOW with GMS for any amount of time, you have likely noticed that GMS uses a modified version of the MODFLOW files. This is so that the MODFLOW files can be used more efficiently by the GMS interface.

However, there are times when a project may require using the native MODFLOW files. This is often necessary when opening a MODFLOW project that was not originally created in GMS, or when sharing a project with someone who does not have access to GMS.

When importing native MODFLOW files into GMS, there are some important concepts to keep in mind: 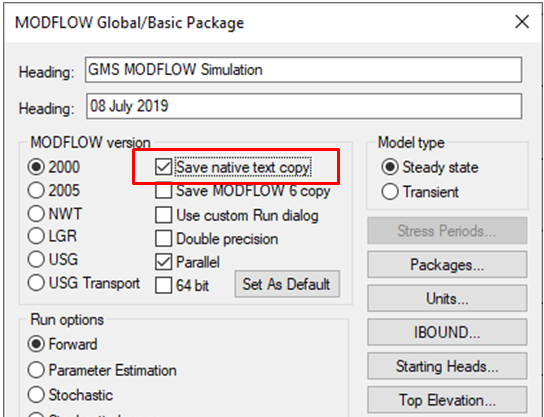 With GMS 10.4, MODFLOW 6 native files can be imported and exported.