The CLN Package in GMS

The Connected Linear Network (CLN) process was developed for MODFLOW-USG to model one dimensional connected features that are much smaller than a groundwater flow model's cells. The CLN Process can be used to replace multi-cell wells that would use the MNW1 or MNW2 package in other versions of MODFLOW. 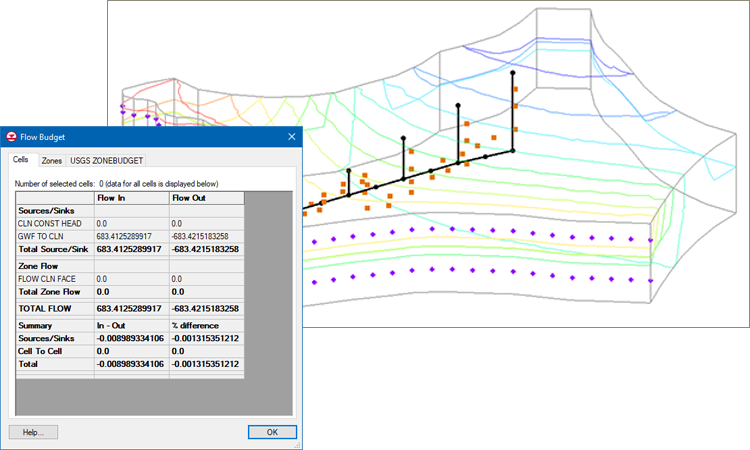 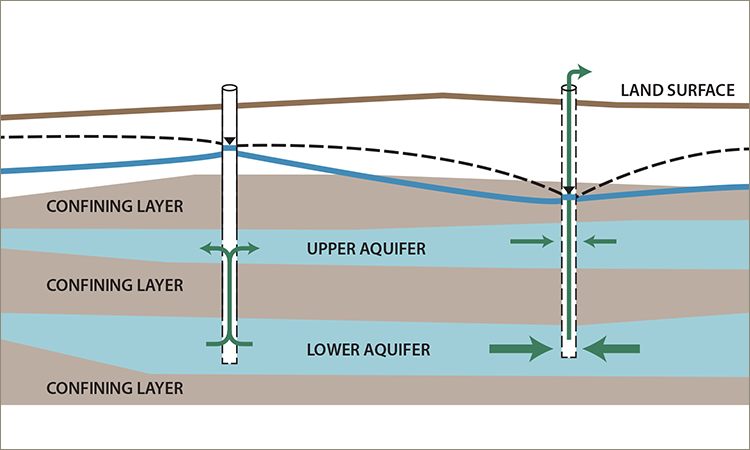 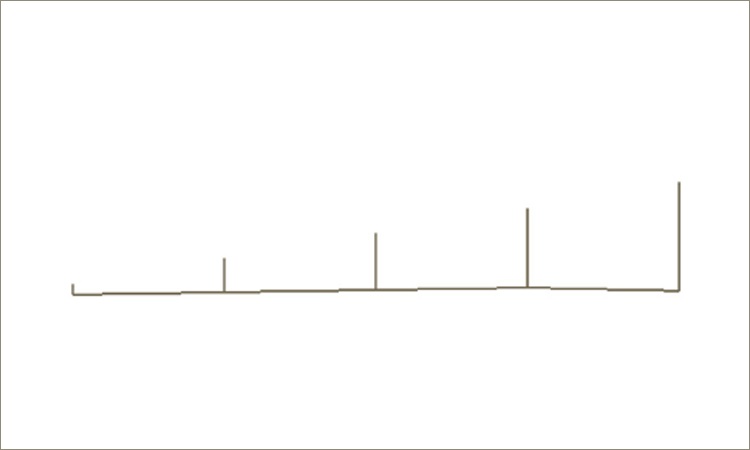 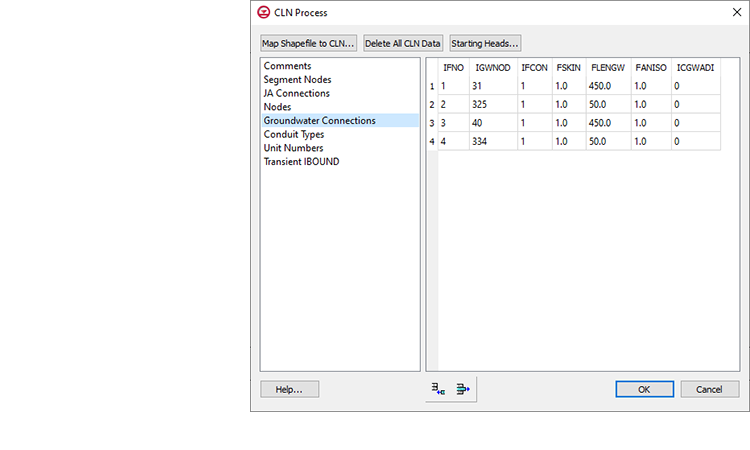 Data from the CLN package is displayed in the dialog

Values may be directly edited

Further development is based on user feedback/demand and can be sent to info@aquaveo.com