Typically when you run MODFLOW from GMS, GMS will run the version of MODFLOW specified in the MODFLOW Global/Basic Package dialog (shown below). The available MODFLOW versions in this dialog are those that ship with GMS.

With GMS 10.1 a new way to run MODFLOW from GMS was added. A new option called Use custom Run dialog was added in the MODFLOW Global/Basic Package dialog. With this option turned on, the Run MODFLOW dialog shown below is opened when you run MODFLOW. This dialog lets you pick which version of MODFLOW you want to run, including a custom MODFLOW version not supplied with GMS. It also lets you specify extra command line arguments that your custom MODFLOW may take. All the standard MODFLOW versions that come with GMS are also available and for those versions you can choose Double precision, Parallel, and/or 64 bit. The final command line that GMS will use to launch MODFLOW is displayed at the bottom of the dialog.

This dialog is used in the new "mod-PATH3DU" tutorial, and the new "MODFLOW - Unsupported Packages" tutorial. 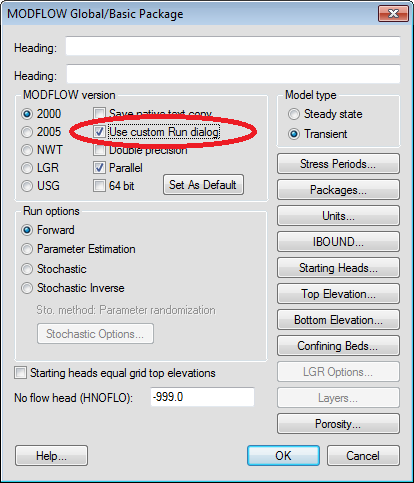 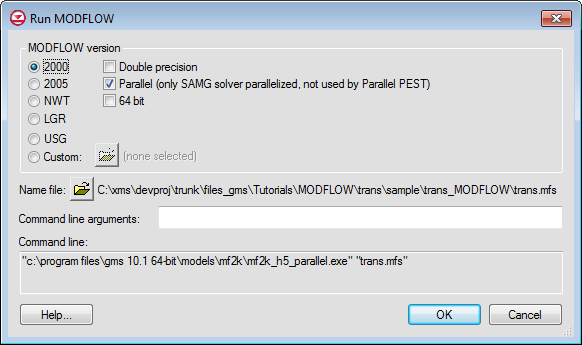