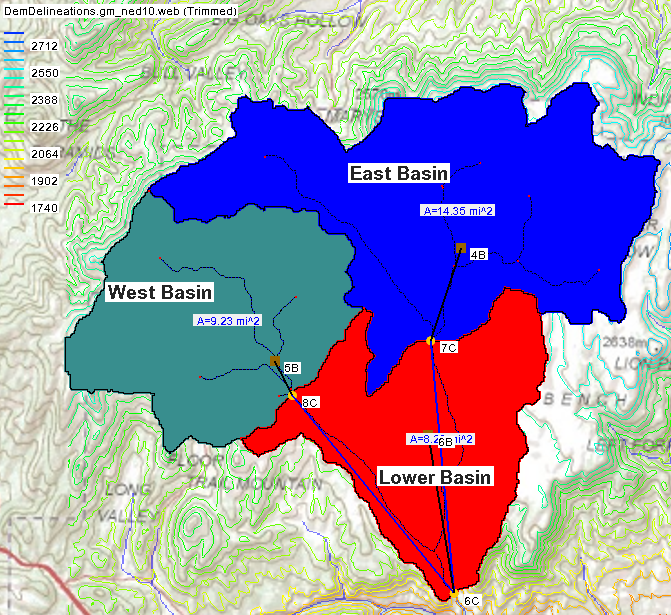 The Drawing Tools contain options to draw objects including lines, rectangles, ovals, and text. When using the object creation tools, WMS provides attributes for changing the drawn object. Using the Select Drawing Object tool, you can double-click on a drawn object to pull-up the attribute options for the object. This includes options to change the line width, color, fill, arrows, and fonts.

You have the option to set a depth for the objects when creating new drawing objects. This depth is based on the project projection. Using the Drawing Depths command in the Drawing Objects menu, you can set a depth for the object you create. This can help make certain the drawing objects are above the grid, feature objects, or other items in the project.

The drawing tools will be included when saving an image of the Main Graphics Window. This allows saving an image with annotations for use in presentation materials. To do this, use the Save As command and select the JPEG Image option for the file output.

In general, you will want to use the model executable that comes packaged with the XMS. XMS is coded to work with the specific model executables that are distributed with each version of the software. 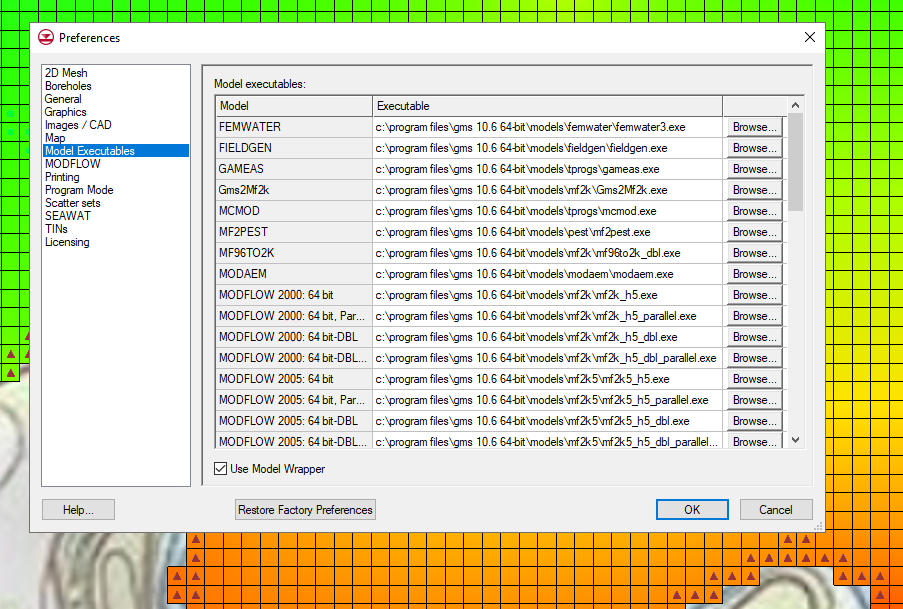 Check out the available model executables in XMS today!

Have you imported a DEM into WMS but wanted to trim it down to use only a part of the original data? WMS has tools designed to help you trim DEMs that you have imported into WMS, so you can use only the part of the data that's relevant to your model. In this article, we explore the ways that this can be done in WMS.

One option for trimming a DEM is when it's part of the GIS Data Module as a raster. To do this, draw a feature object polygon in a map coverage then select it. With the polygon selected, you can right-click on the raster and select the Convert To | Trimmed Raster command. This trims the raster along the border of the polygon. The trimmed raster can be converted, if desired, to a DEM that will show up under the Terrain Data folder.

There are two ways to trim DEMs in the Terrain Data Module: by elevation and by polygon. 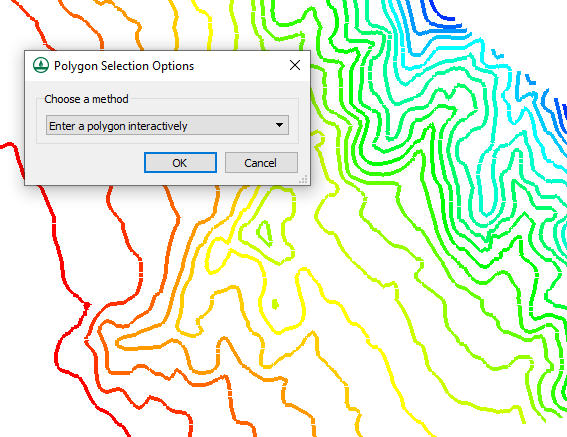 When trimming a DEM using a polygon, the program turns the mouse into a tool to click out the polygon in the Graphics Window. To finish the polygon, double-click where the last point is desired. Once the polygon is complete, the trimmed DEM is automatically created.

Note that a DEM created this way is still a rectangle. This is part of the definition of a DEM. However, only the points inside the drawn polygon will be active, so the displayed contours will end at the borders of the polygon you drew. The points that were outside the drawn polygon, which make up the rest of the bounding rectangle, are set to NODATA.

Are you wondering what values to use for composite curve numbers used with NLCD land use data in your WMS project? WMS contains a Compute GIS Attributes calculator in the Hydrologic Modeling Module that allows you to import composite curve numbers to use in land use mapping. This can allow you to define boundaries for different soils, rainfall depths, etc. This post will cover some different resources to get the values you need.

It is important to be aware that there are two options when using the Computing GIS Attributes calculator: WMS Coverages as well as GIS Layers. With both GIS Layers and WMS Coverages you are given the option of selecting the Soil Layer Name, Drainage coverage computation step, etc. In the GIS Layers you are given the option to view field records and assign a code of your choosing. To use the GIS Layers option, you will need to have already imported GIS data into your project. In order to make the WMS Coverages option active you will need to have created your own land use or soil type coverages within WMS. Using the WMS Coverage option allows you to import your own land use or soil curve numbers from a text file.

What values you use for the text file depends on your own judgment and what would work best for your project. One option to get the table values is to use the example files found on XMS Wiki in the SCS Curve Numbers section. Opening one of these examples will show you an area-weighted average of the different curve numbers for the different regions. Another option is to visit the USGS website, download the example data, and import it into the GIS Attributes dialog. Finally, you can make your own table In which case use your engineering judgment to determine the CN values for your project.