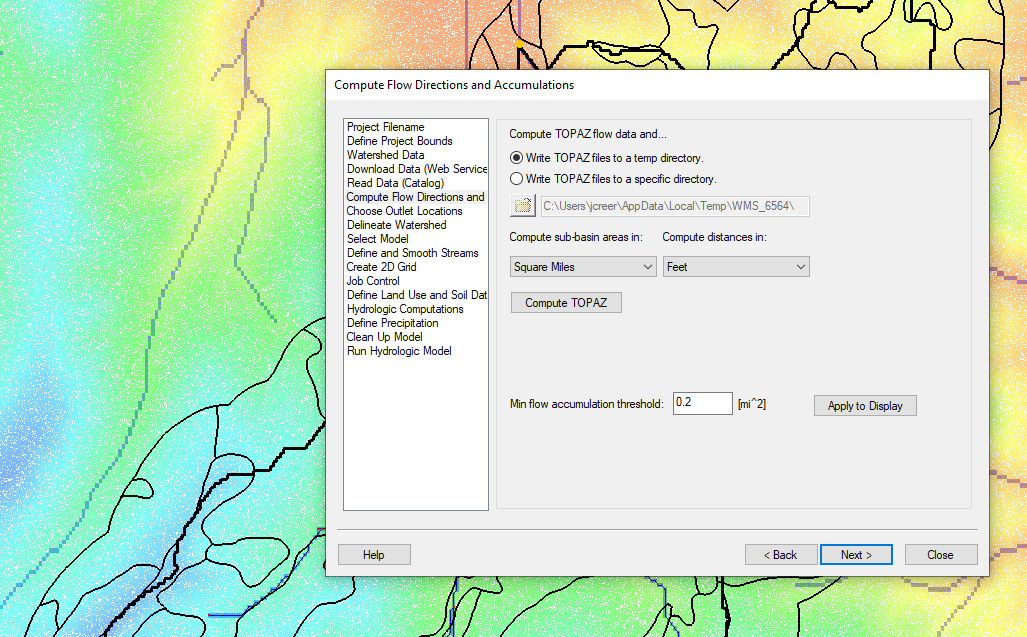 The first tip is that the Hydrologic Modeling Wizard is modular in nature. This means the wizard does not need to be closed in order to continue working in the WMS interface, unlike many other windows and dialogues in WMS. The wizard can be put to the side of your screen to let you work with other tools in WMS. Often this is necessary to adjust arcs in the Graphics Window or to import additional data. Once you are done with what you need to do, you can return to the Hydrologic Modeling Wizard.

It should also be noted that the Hydrologic Modeling Wizard keeps track of changes as you work in it. So if you should happen to close it, you can reopen it and get back to where you left off. However, you should make certain to save your WMS project before closing WMS in order to save changes made in the wizard to your WMS project.

Another tip is that you do not need to complete all of the steps in order. Some steps can be completed out of order. For example you may want to set the model you are using before completing earlier steps. Or, more often, you may have completed earlier steps outside of the wizard, letting you skip to later steps. That said, there are some steps that will not work unless a previous step has been completed.

Also note that you can always go back to earlier steps. Note that when doing this some steps that follow may have to be completed again.

SMS 13.1 allows points, arcs, and polygons to be exported from a specified map coverage to shapefile. This done by doing the following:

If desired, you can import the exported shapefile into SMS. The shapefile will appear in the GIS module and can then be compared with the feature objects on original map coverage. Otherwise the shapefile is ready to be imported into the desired application.

It should be noted that not all data on map coverages can be exported into a shapefile format. Some data, such as boundary conditions attributes or coverage specific settings, may not end being exported.

Try out creating shapefiles from feature objects in the SMS 13.1 beta today!

Importing wells directly into the conceptual model first requires that the wells be in a file with the correct format. Typically this is a text file. Please refer to our wiki article for the correct format that GMS will use. 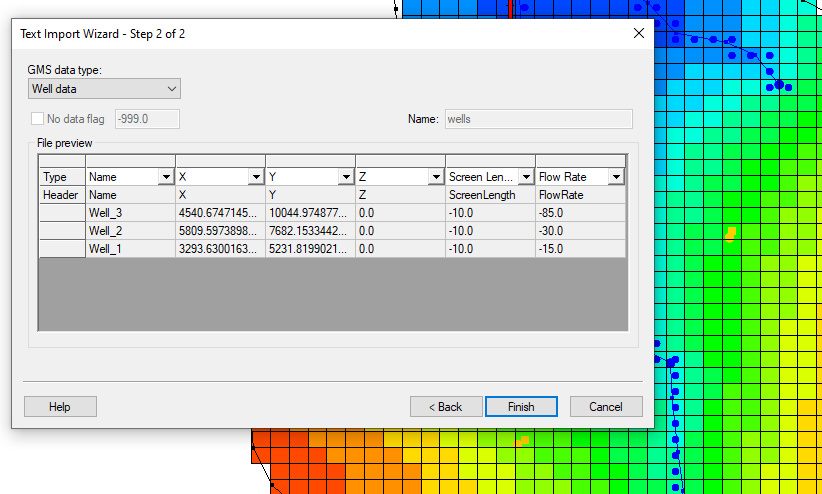 It should be noted that you are not limited to the number of data columns you have in the file. Therefore, you can import multiple wells at the same time. You can also import multiple time series or other data applicable to the wells using this method. Please note that while the wells and time series can be defined in the same text file, it is necessary to import the file twice: once to create the wells, and once to assign the time series to the wells. Constant flow rates can be imported at the time of well creation.

Review the well data after it has been imported. That can be done quickly by bringing up the coverage attribute table dialog for the wells. If the data was not imported correctly, minor changes can be made in using the tools in GMS.

Do you need to add soil data to your GSSHA model in WMS? Soil data is often needed in a rainfall/runoff GSSHA model so that infiltration can be considered in the model. WMS makes this easy by allowing soil data to be converted to an index map.

In order to include soil data in your GSSHA model, there are few steps to follow.

Second, the index map will be included with a 2D grid for the GSSHA model in WMS. Make certain you have created your 2D grid and initiated your GSSHA model.

Finally, convert the soil data coverage to be an index map in your GSSHA project. This is done by doing the following: 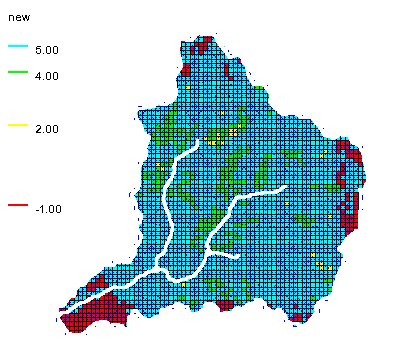 Once you have converted your soil data to an index map, you can use it in your GSSHA model.

When converting soil data to an index map, we do have some tips to make it go smoother.

Once your soil data have been successfully converted to an index map, it is ready to be used in your GSSHA model.

Try out using soil data with GSSHA in WMS today!